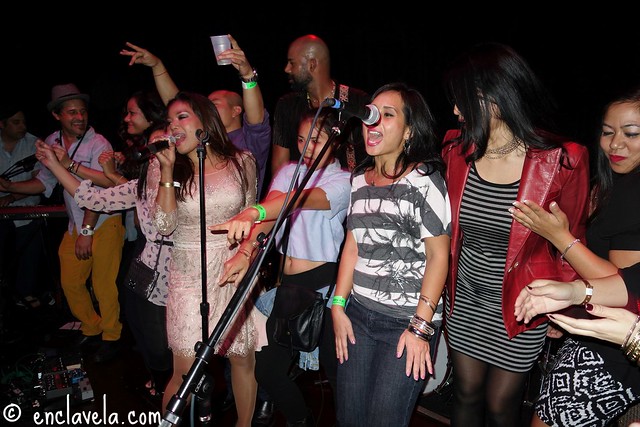 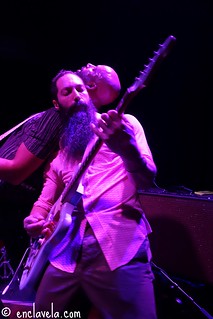 Having just moved to Long Beach, I went to this event last night to try to catch the vibe of the Long Beach style and to hear the band Dengue Fever for the first time. Well lots and lots of other people had the same idea because when I arrived the show was sold out!! I see fellow cultural emissary Tom stuck outside as well. He quickly met someone with an extra ticket and went in to do some reconnaissance to see if he could hustle up a ticket for me but no luck. 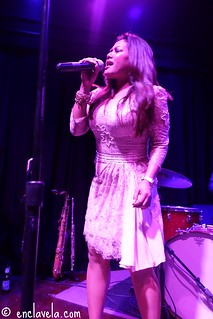 So I stood outside and every time I saw another awesomely-dressed, friendly face, I knew to ask “Do you happen to have an extra ticket I can buy?” I felt a little bit like one of those slimy scalpers you see outside of Coachella but I didn’t care. I figured as long as I asked respectfully, it was all good. I tried to woo the wristband baroness and just as she almost caved in to sell me a ticket to this sold out show, this dude walks up with 4 beautiful women and says hey I bought six tickets and I’m so glad I did because this last one is for you, here you go! Success!! I was in just as the band started to play and the place was jumpin! 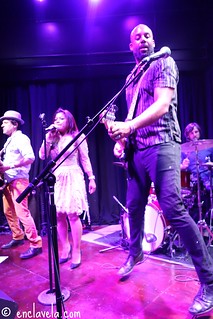 I was excited to see the Federal Underground‘s grand opening because I love the concept. The Federal Bar and Underground is a reclaimed 1920s building with gilded era antique finishes from its days as a bank, as I read in the recent Long Beach Downtown Gazette article by Jonathan Van Dyke: the venue management says “Expect the unexpected.” Ed Levy, director of West Coast operations for ownership group Knitting Factory Entertainment says, “There is no one genre and no one type of event we want to have here. It’s a versatile space.” And oh it was true for me, all of

the wonderful and unexpected things I experienced that night. They particularly wanted Dengue Fever to be the band for their opening night because they knew the band has a quintessential Long Beach following.

Since I had hit up about half the crowd for an extra wristband, that meant when I got inside half of the people recognized me and as I made my way towards the front of the stage next to the vault door, people kept stopping me to to say “Awesome! Alright you made it in! Yay!!!”. It was like having a welcoming committee! At that point the music took over and I put the camera away to dance my buns off with all my new found friends. 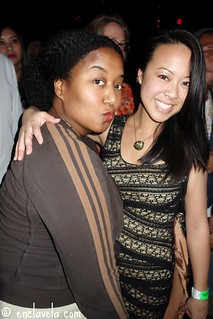 Dengue Fever absolutely rocked the house! The whole room was swaying, bouncing, and jumping to the beat and amazing instrumentals, and of course the main singer kept the audience singing back to her as well. Tom introduced me to the sweet and open Tiffany and at the end of the the night she invited me and our 20 new friends surrounding us to Alex’s Bar for “The Good Foot” a monthly Long Beach classic where DJ’s spin Soul, Funk, and Latin music. 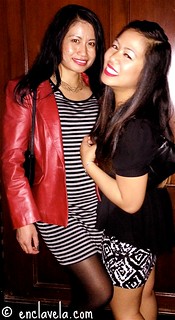 I hopped into the car with Tiffany and her friend David only to discover David is the roommate of my former coworker! Small small world. The world got smaller when we got to Alex’s Bar where I saw my friend Carlos Torres along with his band Socal Tennis Pros also hitting the dance floor and my amazing homies Maritza and Thu Ha, all style icons in their own class. Enjoy the photos I finally snapped towards the end of the Dengue Fever show: there were dresses, dresses, and more fabulous dresses worn by the awesome people I met. All the folks I was surrounded by were international beauties inside and out, and it seems to me that’s what Long Beach life is all about. ~ Adrienne

One Reply to “Say Yes to the Dengue Fever Dress”