I just attended the private filmmaker reception last night at Thunder Studios, an intimate pre-kickoff to the 2nd Annual Cambodia Town Film Festival, running this weekend at the Art Theatre Long Beach. In just its second year, the ambitious film festival returns with an eclectic lineup of films, celebrating Khmer cinema both here and abroad.

The reception was an opportunity to meet some of the filmmakers and the festival founders Caylee So and PraCh Ly took time to thank their team and sponsors, without whose support the film festival would not be possible. Many supporters, like singer Bochan, had flown from faraway to attend this weekend’s festival, featuring cinema you’re not likely to see anywhere else!

Tonight Friday, you can attend the official kickoff party at Sophy’s Restaurant, well known for its Cambodian cuisine. The organizers have transformed the interior of the restaurant into a jungle and members of Intradevi and others will be performing and spinning great music. Rumany and her electro-Khmer band, with their elaborate costuming and over-the-top stage presence, stole the show at the recent inaugural Cambodian Music Festival.

END_OF_DOCUMENT_TOKEN_TO_BE_REPLACED

While the traditional end of summer for many is Labor Day weekend, for me the beautiful summer wasn’t over until the joyous celebrations of Brazilian Independence! I would look forward to a double dose of celebrations with both Brazilian communities in LA and San Diego. Alas, this year’s Brazilian Day Los Angeles festival has been postponed until 2015, due to a cut in funding and a rise in the cost of having it at the La Brea Tar Pits. However, the new leadership for the festival, which has taken place since 2006, has high hopes for finding a new location in 2015.

The much larger Brazilian Day San Diego on Sunday, September 7, touted as the biggest Brazilian Festival on the West Coast, attracts over 50,000 people each year and is always worth the drive down from LA! Blocks of Pacific Beach are closed on Garnett Avenue for the free, all-ages festivities and parade, and the friendly, energetic Brazilian community embraces everyone in the fun!

END_OF_DOCUMENT_TOKEN_TO_BE_REPLACED 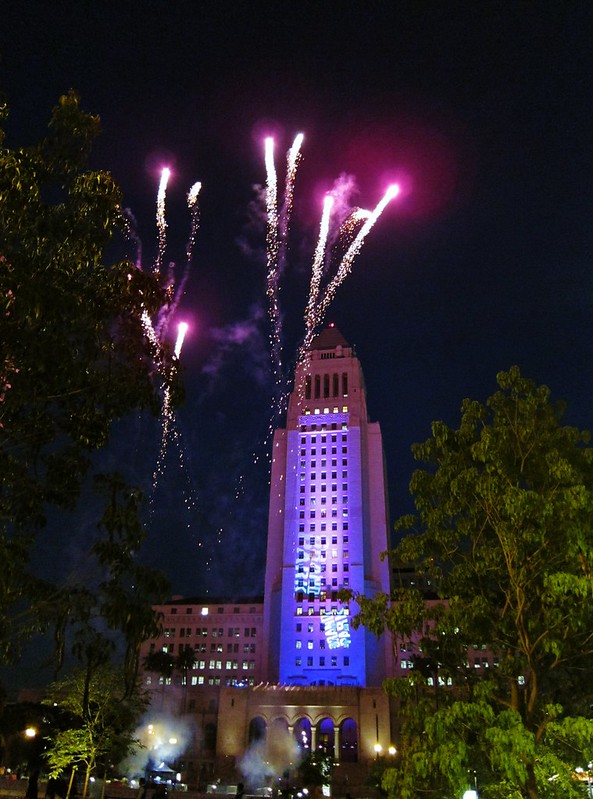 (UPDATE 1/1/14: Happy 2014! Last night at Grand Park was incredible…18,000 people in downtown LA! We’ll have a review and video of the 3D projection up shorty but until then, enjoy the pics and also ones from the Brazilian party on the West side.)
We like our New Year’s Eve parties to be more intimate affairs with friendly crowds of Angelenos. We’re not going to be paying a king’s ransom to be at an obnoxious, uptight venue. Most importantly, we love events that celebrate the culture and diversity of our communities, offer great music and dance and are family friendly. Here are our recommendations for NYE, along with some interviews with the organizers to give you a good sense of what sets them apart as well as what they have in store for 2014. We don’t list events that we wouldn’t attend ourselves and we’ll be covering quite a few of them that night! Hope to see you at one of these, and wherever you celebrate New Year’s Eve, have fun, drink and drive responsibly, and thank you for visiting our new site this past year! END_OF_DOCUMENT_TOKEN_TO_BE_REPLACED

I’m a big fan of the Center for the Art of Performance at UCLA. They feature an eclectic variety of music, dance and theater representing a diversity of genres from around the world. I’ve witnessed the most amazing concerts there this past year from the emotionally touching Charles Bradley show (one of the few shows I’ve been moved to tears) to the raucous Bajofondo concert (where the band invited the audience to pile onstage with them for their last song!).

They just released their next season’s schedule and tickets are now available. Here’s a teaser and some of the shows I’m looking to seeing. Tip on the shows at Royce Hall: if you’re like me and you can’t stand sitting down for great music, you can stand at the sides of the stage and dance or watch as long as you don’t block people’s views. So I always buy the cheapest seats in the back and just walk up to the front. The staff there are very cool and understanding about us dancers who just can’t remain seated!