One of our favorite LA bands, Jungle Fire, is having a Kickstarter campaign to help fund a short film inspired by their song Firewalker, by Saturday, September 27. The Afro Latin Funk band was touring UK, generating huge buzz and packing venues, when Alejo Restrepo and Roger Gonzalez, young filmmakers from Spain, caught them at a show in London. Inspired by the incredible music and energy of the band, they approached Jungle Fire about making a film that was both music video and short film, about how the band formed.

END_OF_DOCUMENT_TOKEN_TO_BE_REPLACED

One of our favorite venues is the Ford Theatres in Hollywood and a lot of people may not be aware that their nonprofit Ford Theatre Foundation has been providing free and low-cost cultural programs since 1994. They put on a series of culturally diverse programs each year to enrich our communities: JAM Sessions nurtures the artistic development of both youth and adults and invites active participation in music, dance and the creation of art alongside professional local artists. Big World Fun provides the opportunity for Los Angeles families to enjoy high caliber performing arts presentations at affordable prices.

It takes the support of generous donors and community support to keep these programs accessible to all and spotlighting local artists, so please support them! They have 1 day left in their crowd-funding campaign! Donate here and please spread the word!

Viento Callejero is one of my favorite LA bands, a band that uniquely represents the exciting music that is coming out of the Los Angeles independent Latin music scene and they are having a Kickstarter to support their first album! Please support! Only 10 days left until Friday, May 30!

END_OF_DOCUMENT_TOKEN_TO_BE_REPLACED 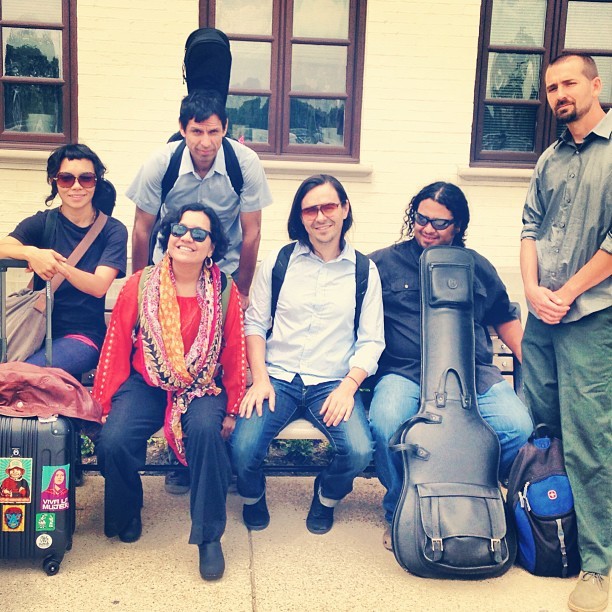 I can’t think of another band from Los Angeles that’s been working as long and as hard as Quetzal, Grammy winning band from East LA, while never losing touch with their roots and their responsibility to their community. They are the quintessential artivist group and you can count on seeing them performing at events and rallies all over Los Angeles for causes important to our communities. They’ve been working tirelessly on their new album Quetzanimales and need our support to help them finish it! Even after a Grammy win, Quetzal has avoided the typical commercial music route, instead “creating music that remains committed to expressing the dignity, resistance, and struggle of our communities.” Please consider supporting their Kickstarter campaign! Their goal is almost within sight, with just $1300 more needed within the next 6 days!

Our beloved desert poets from Mali, Tinariwen, is releasing their new album ‘EMMAAR‘ on February 11th 2014, the eagerly awaited follow up to their 2011 album Tassili which won the Grammy for Best World Music album. Because of the conflict there, they recorded the album right here in southern California, in our deserts of Joshua Tree. It’s the first time they recorded an album outside their homeland. “This is the first time we are recording out of Africa it has to be in a desert,” says bassist Eyadou Ag Leche. “We would like to live in peace in the North of Mali, but this is very difficult, there is no administration, no banks, no food, no gas. Joshua Tree is in the high desert of California, we love all the desert, these are places where we feel good to live and to create.”

To promote fair trade and connect with fans directly, Tinariwen will be crowdfunding to support their world tour and music videos. They have been fighting for freedom and independence for their Tuareg culture since their beginnings. It is in the spirit of fighting for artistic freedom and integrity, not just against repression back home, but also globally, that Tinariwen hope to enlist the support of their fans worldwide, so they can put on the shows they feel the fans deserve. We consider Tinariwen part of our family here in Los Angeles and wholeheartedly support them and await their return here. Please support them at the Microcultures site and enjoy the first track Toumast Tincha off their new album.