[UPDATE: Set times have been released and are posted at the bottom of this article.]

For a first time festival debuting this Saturday, November 11, Tropicália Music and Taco Festival at Queen Mary Park is as ambitious as they get in LA’s crowded music festival landscape. I mean who programs Norteño (Los Tigres del Norte) with 90s R&B (Ginuwine)…and throws in free tacos for everyone?!? That’s bold! Offering up such a bilingual and multi-generational lineup of music is a breath of fresh air for a music lover like me, who’s tired of bland, vanilla lineups catered for a white audience (lookin at you, Coachella) than for Brown, Black and immigrant folks with musical palettes that know no borders and yearn with nostalgia for our parents’ music.

The festival is organized by the same folks who manage The Observatory Orange County, a venue that regularly features hip hop and other upcoming talents on its main stage and smaller stage, The Constellation Room. They’ve curated quite an eclectic lineup of hip hop acts: Goldlink, King Krule, Madlib, Sango, Smino, Phoney Ppl, Weapons of Mass Creation.

Swoon to the soulful voices of Jhené Aiko, Jorja Smith, Jessie Reyez as well as timeless songs by 60s soul and R&B legends The Delfonics and Brenton Wood. There are more venerable acts too: Wanda Jackson, the Queen of Rockabilly still performing at 80, 70s Spanish singer Jeannette, and Evelyn ‘Champagne’ King, whose 80s hit “Love Come Down” I’m going to be singing along at full force!

Here are some of the acts I’m looking forward to seeing for the first time and the set times for the festival: END_OF_DOCUMENT_TOKEN_TO_BE_REPLACED

Don’t worry if you missed out–I asked about their new single for you.

(LOS ANGELES) — It’s August 18th, a bright Tuesday on the Westside. For SoCal band Chicano Batman, the year has had in store for them the spoils of Coachella and opening for Jack White. Next up is a grand homecoming on August 28th as headliners at the El Rey. Though they’ve just wrapped up their tour with Alabama Shakes, Chicano Batman celebrates by throwing a humble kickback with pizza for their loyal Angeleno fans.

END_OF_DOCUMENT_TOKEN_TO_BE_REPLACED 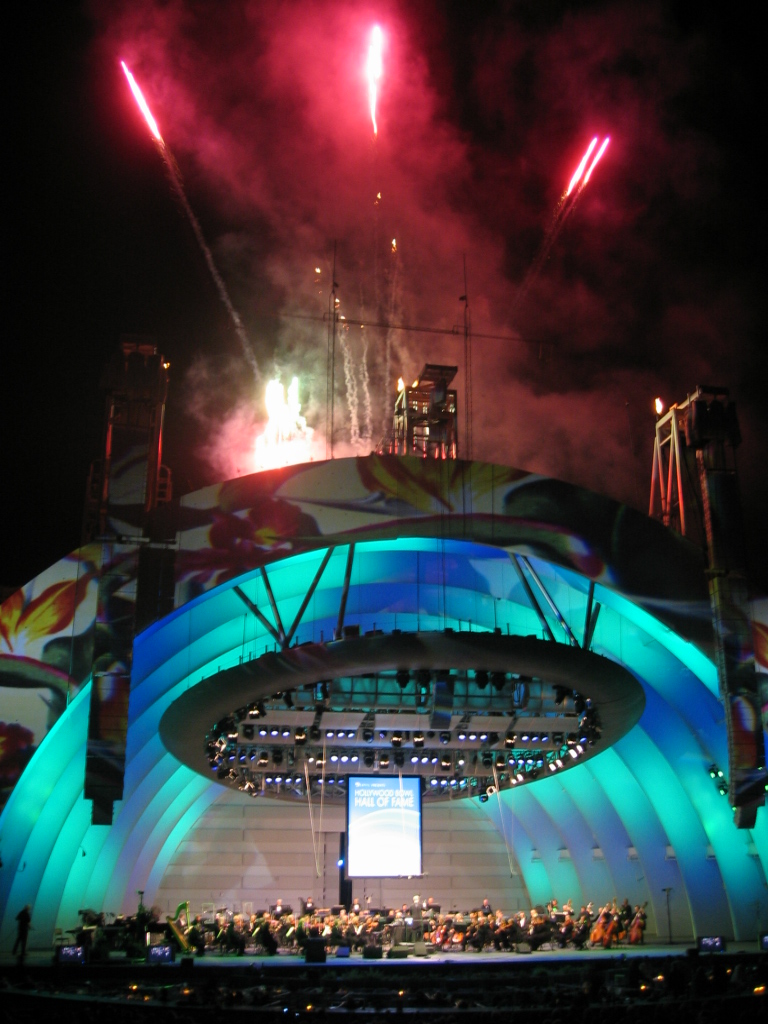 Who doesn’t love the iconic Hollywood Bowl, the premiere outdoor summer venue in LA? There’s something for everyone from an eclectic lineup of global talent from different genres, to great jazz and classical music. On top of that, it sits up near the picturesque Hollywood Hills and is one of the only venues where you bring your own food and wine and enjoy a picnic with your favorite music under the stars! I’m especially a big fan of the KCRW-sponsored World Festival concert series there each season! The Hollywood Bowl Summer season starts Sat., June 14 and runs through Sun., Sep. 28 and here are my picks: END_OF_DOCUMENT_TOKEN_TO_BE_REPLACED

Having grown up in Orange County, I’m proud to say one of the most dynamic and well-run film festivals in Southern California and OC’s largest one is the Newport Beach Film Festival and this year’s 14th annual festival runs Thursday, April 25 – May 2. They screen an enormous amount of films in a week in many categories: Features, Documentaries, Action Sports, Shorts, Art, Architecture and Design (AA+D), Environmental, Music, Family, Youth and Collegiate. This year, they’re also partnering with the OC Music Awards to feature music videos. My favorite of the festival are the Showcases spotlighting films from different regions of the world, followed by a gala parties in the beautiful outdoor courtyard of Fashion Island in Newport Beach. These after-parties offer hordoevers  from select area restaurants, drinks by Absolut and Stella Artois, and live entertainment and are well worth the additional ticket (Discount tickets for some of them available below!). The OC Weekly has a good run-down on this year’s festival and here are the showcases: END_OF_DOCUMENT_TOKEN_TO_BE_REPLACED